When did it all begin?

Everything began in the summer of 1921 in Poznań, when Bronisław Lewandowski concluded commercial negotiations with Georg Pfeiffer for “taking into possession”, as the company’s first advertising brochure recounts, the bookbinding workshop at Kozia Street number 4, or more precisely corner of Kozia and Jezuicka (today Świętosławska) streets. On the 1st of July 1921, a company was born which over the course of the years became a legend. Further address changes in the old city marked new chapters in the company’s story. The fates of four generations of the family have become inextricably linked with the history of the city.

The interwar years were a time of growth for Bronisław Lewandowski’s company, focused on building market position. Bronisław also took an active part in local society, and in professional associations. He was instrumental in the creation of an artistic bookbinding workshop at the Higher School of Decorative Arts in Poznań, a precursor to today’s University of Fine Arts. Lewandowski also contributed articles to industry publications, including for the Polish Bookbinders’ Gazette. 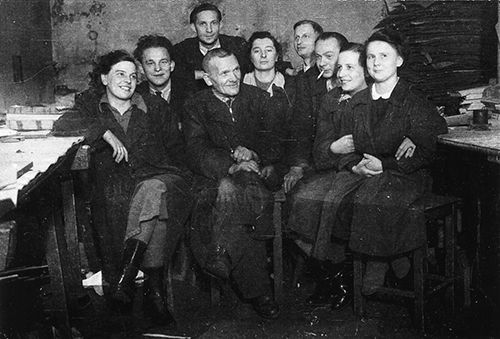 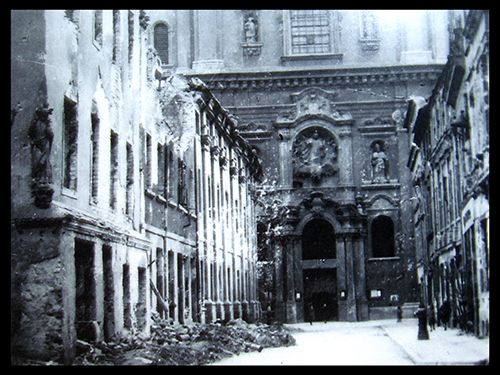 The dynamic growth of the bookbinding workshop was halted by the dramatic events of World War II, when the company was taken over by the German Georg Saalman. Between 1940 and 1945, Bronisław was forced to work as a mere technician in the now German company.

Once again, the dramatic experiences of both the city and the Lewandowski family were intertwined when in February 1945 the invading Russians burned down successive city townhouses, including the historic first location of the company. From among the burned out ruins, only a few machines were saved.

With this meagre capital, the company was reborn at 27 Grudnia Street number 3. It was the farthest the company had ever been from the city centre. The company operated here from 1945 to 1950.
The 1950s were a difficult time for private companies operating in the environment of Stalinist terror. Only thanks to a fictional division of the company was it able to avoid forced nationalization, though 1950 saw another change of address.

This time, the Lewandowski family settled into its most well-known address, Wroniecka Street 24, for many long years.

It was at this address where the company operated for more than 50 years, and which is most tightly connected with the company in the public imagination. We, the Lewandowski family, have many memories associated with this place. It was here that we experienced our greatest professional successes, crowned with many awards and prizes. it was here also that we experienced personal sorrows and tragedies, such as the death of the head of the family, Bronisław Lewandowskim in 1963. After his death, management of the operation was taken over by his three sons, Tadeusz, Henryk and Janusz, who continued the work that their father had initiated. Sadly, in 1993 Henryk passed away, a great loss for the entire Polish crafts community. The remaining brothers led the company through the stormy seas of political and economic change, successfully finding their place in the new market economy. In 2006, once again the company was forced to change its location, due to renovation of the townhouse at Wroniecka Street, and the choice of a new seat fell on the nearby Maszatalarska Street. The company was now being run by the third generation of Lewandowskis, Marek and Grzegorz, the grandsons of the company founder. 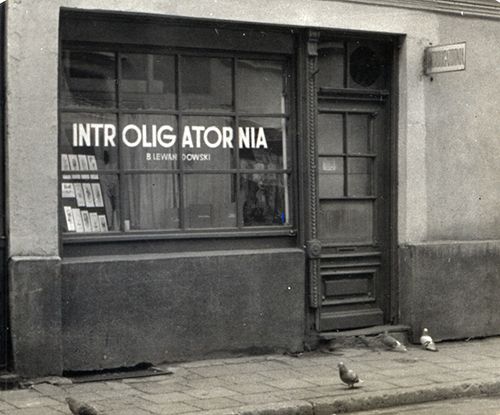 Then came the year 2009, a breakthrough year. It was then that Grzegorz decided to open an independent company at Gołębia Street number 3. Since then, the company has returned to its artistic roots. At Art Book Studio, unique artistic works are created for audiences in many countries. The company offers handmade historical and modern bindings, and accepts individual orders for scrapbooks, albums, portfolios and notepads. All projects are carried out in harmony with the company’s artistic traditions handed down in the Lewandowski family for more than 90 years. At the company headquarters on Gołębia Street, we also operate a Book Hospital, where apart from restoring historic and valuable prints, we also rescue books which have great sentimental value only for their owners. Since 2012, Mateusz Lewandowski, the great-grandson of Bronisław, has been writing his own chapter in the family business’s story. He is developing a new department focused on design and creation of menu cards. These works combine fresh ideas and new technologies with the reliability of work that comes from long family traditions.

If you visit our offices, with a bit of luck you may meet the oldest representative of this bookbinding clan, Janusz Lewandowski, who, at the age of 85, is still active professionally at the workshop!